Why treat the SYMPTOMS but neglect the PROBLEM? 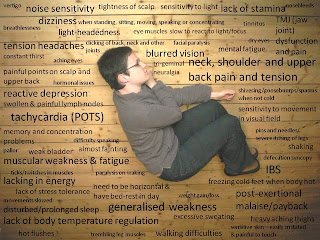 If you have read and liked any of the previous blog posts please subscribe to Random Thoughts in order to receive updates on the latest posts.

Lately, I have been dealing with a situation that was caused by me failing to identify the underlying cause of my actions. I have let this same insecurity cause me to hurt people in the past, but it recently caused me to hurt someone I care for dearly. I have been neglecting the real source, the PROBLEM, and only focusing on the SYMPTOMS. I have found that this is not uncommon at all. Everyone has insecurities in one area of our life or another, but if we do not wish for these insecurities to control us and affect our relationships with others, it is of the utmost importance that we identify the source and deal with it. The initial step of the process is realizing that an insecurity is present. I never realized that being unsatisfied with a certain aspect of my life was caused by an insecurity. I was confusing it with striving for self improvement. Whether the aspect that we see the need to change is something for the better or if it is something that we should learn to accept, it is still an insecurity until we find a way to deal with it. In order to begin addressing the PROBLEM, we must be able to differentiate the PROBLEM from the SYMPTOMS. SYMPTOMS can masquerade as multiple issues when they are actually the collective results of one PROBLEM. It is easier for us to take medicine to alleviate a cough, runny nose, or sneezing rather than consulting a doctor to identify the cause. Attending to the PROBLEM tends to require more effort and admitting vulnerability; two things that are not typically enjoyable to us, so we settle for placing a band aid on the SYMPTOMS. But, these very SYMPTOMS control not only our actions, ambitions and desires, but also, our relationships with others. Insecurity breeds a lack of confidence in ourselves causing us to abandon the cultivation process. In turn, we deprive others of the opportunity to gain encouragement from our testimony. As I explained in WHAT IS FEAR?, God wants better for us than we want for ourselves, but if we continue to let our insecurity prohibit us from acting, we will never receive it. As in my case, insecurity has affected others as well. Not being totally satisfied with who I am has, at times, caused me to seek validation from outside sources. On more than one occasion, what I felt was necessary to fill my void was out of bounds in respect to the relationships I was in. The people I was involved with were caused emotional pain simply because I chose not to treat the PROBLEM, but instead patch up the SYMPTOMS. The PROBLEM was not so clear to me at first but became evident during a trip to the mall with a friend. After expressing my feeling of being overdressed, he told me, "Never feel out of place (while being yourself)." I realized at that moment that my SYMPTOMS were results of me never truly being satisfied with who I am. So now that I have come to terms with my PROBLEM, I have addressed it. I no longer try to band aid or patch the SYMPTOMS because diagnosing and treating the PROBLEM cures them. I encourage everyone to look within yourself to diagnose and TREAT THE PROBLEM, NOT THE SYMPTOMS.

GETTING OUT OF OUR OWN WAY 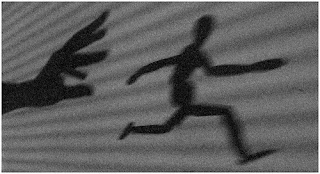 In most adverse situations we face in life, we tend to blame others rather than realizing that WE are our OWN biggest enemy. We are our OWN biggest hinderance. It seems as if we do not realize that we have the ability to overcome any situation we face, even if the "situation" is ourself. One of the biggest roadblocks that we encounter is our failure to plan. Too many times we tend to just "play it by ear" or "see what happens" rather than putting forth the effort to develop a strategy. King Solomon states in Proverbs 28:19, "Where there is no vision, the people perish." As I stated in a previous post, TRAVELING THE ROAD LESS TRAVELED, 'Creating a vision of the end result allows us to mark our progress along the way.' We also tend to allow our fear of failure to keep us from stepping out on faith and beginning our journey to success. This can only be overcome by changing our mindset about failure. Thomas Edison was quoted as saying, "I haven't failed. I've found 10,000 ways that don't work." We should see failure as a learning tool that carries us one step closer to success. What if Thomas Edison had given up on inventing the light bulb on the 9,999th try? We would still be finding our way through the dark by candlelight. Fear of the "unknown" is another contributor to our lack of progress. In a world filled with uncertainty, it is ludicrous to expect to have all of our questions answered before we ever begin. It is also this fear of the "unknown" that causes us to take on the fear of others. We tend to become fearful of the things those whom we seek guidance from are fearful of. Many of our fears are not truly our own. They are those of our parents, mentors, friends, and loved ones. What may not be right for one person, may be perfect for another. We get stuck in traditions and stereotypes that cause us to fail in evolving to truly fulfill our full potential. It prevents us from stepping outside of the box and experiencing new things. It is often the things that we shun that we learn the most from. Choosing to not always be orthodox gives us the chance to grow and become well rounded. Even when we are able to overcome these fears, we still face the task of putting the plan into action. Many times we put things off to a later date that ultimately never comes. Procrastination hinders our progress more than anything else because it is totally internal. It is the one thing that we truly control. There are no external factors involved with taking action right now! All that is required is for us to GET OUT OF OUR OWN WAY.

Thank you for taking the time to read this post as well as those previously posted. Please subscribe to RANDOM THOUGHTS to stay informed of new posts and feel free to leave feedback and comments about each one. Thank you again

-Jonathan
Posted by Unknown No comments: