If only you could see what I can see in you." Have you ever heard or said these words? It's hard to watch someone with so much potential throw their life away simply because they can not see who they were predestined to be. Often times even those around us have no idea of all the great things we have the potential accomplishing. My parents stayed on my case as a child about hanging with the wrong crowd and doing things that would only lead to destruction. I can still hear my mother saying "If you stay on this course you'll only end up in jail or in the grave." Apparently she'd lived long enough to know a little something about life because the majority of those same friends are or have been to jail, are addicted to drugs and alcohol, and a couple have even passed away. Honestly, I always knew God had bigger plans for me. It was just a matter of me accepting and embracing it. As a kid, I dreamt of being an astronaut that would explore the heavens above, but my actions kept my feet nailed to the floor. Just like Jacob wrestling with the angel in an attempt to discover his true identity, I wrestled with my desire to be "cool" by doing things that were not so positive. I consistently ignored my parents' warnings about the company I was keeping until one day I saw the police outside of the house we would typically hang out at with my friends handcuffed. I realized then that the path I was traveling was indeed headed for destruction. School and sports eventually started to occupy the majority of my attention and I began to excel at both. I was selected by Duke University to take the ACT in 7th grade and scored a 17. In 8th grade I played my first varsity football game and was a full timer starter by the 9th. I eventually graduated high school with honors and earned numerous scholarships in football. I'm thankful that along the way I had teachers, counselors, principals, coaches, friends, and family that saw the potential I possessed and challenged me to fulfill it. I have kept my eyes focused on my goals and have accomplished many things along the way. I own my business, as well as hold a corporate position at a well-known company in the food industry at the age of 24. God has truly blessed me with a vision to strive for, all the skills and tools necessary, and a humble spirit that trusts in Him to lead my path. But first, He took the time to SHOW ME WHO I AM BEFORE I MESSED UP WHO I CAN BE. 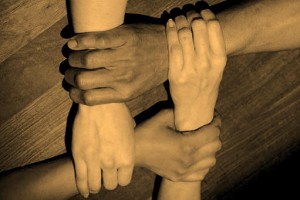