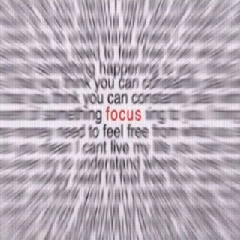 Proverbs 16:32 "He that is slow to anger is better than the mighty; and he that ruleth his spirit than he that taketh a city."

Honing in on our ability to focus and block out DISTRACTIONS is one of the most difficult things to do, yet, when accomplished can break down all barriers that stand in our way. I'm sure we can all think of certain DISTRACTIONS that we face in our lives everyday but some are not so evident. Anything that prohibits us from placing our total focus on the task at hand is a DISTRACTION. Procrastination, or putting things off until a tomorrow that is not promised, is the worst form of DISTRACTION because it takes place within ourselves. We must strive daily to claim victory in what Joyce Meyer calls the "Battlefield of the Mind." When we learn to control our own minds we gain the ability to overcome all external factors. DISTRACTIONS can take the form of a phone that conveniently rings during our time of meditation, our favorite show that just so happens to come on when we are attempting to focus, or worrying about our circumstances rather than trusting in God to provide. He attempts to speak encouragement into our lives but, we are often too DISTRACTED to hear Him. It seems that the discouraging words spoken by those with the intent of DISTRACTING us tend to resonate louder than the soft spoken words of encouragement offered by loved ones. Today's society is one of the biggest DISTRACTIONS that we face on a day-to-day basis. When we find ourselves trying to fit the stereotypes that are portrayed in the media we are actually being DISTRACTED from being the "peculiar people" that God called us to be. Just as I stated in a previous blog post TO THINE OWN SELF BE TRUE "WE are better at being OURSELVES than 'trying' to be anyone else." It seems that during times of adversity it is most difficult to remain focused when it is, in fact, most necessary. Our circumstances cannot be allowed to DISTRACT us and cause us to become discouraged before our breakthrough.  My dad always tells me that, "the closer I get to the city, the heavier the traffic."  In this he means when situations seem to become unbearable our breakthrough is just around the corner. Our state of mind must allow us to realize that God uses adversity to strengthen our faith, confidence, and the bond between us. Once we conquer the DISTRACTIONS we must still be careful not to allow pride to set in. We must remember that God gives us our strength. Therefore, we must control our minds and keep them free from the DISTRACTIONS such as the "PRIDE (that) COMETH BEFORE THE FALL."


Posted by Unknown No comments:

PRIDE Cometh Before The Fall 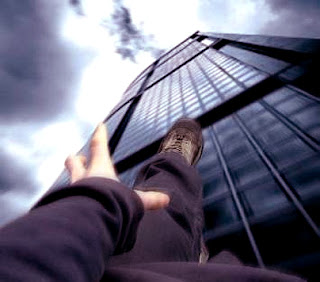 First of all, I want to thank God for everything 2011 had to offer and for allowing me and my loved ones to see 2012.

"PRIDE goeth before destruction, and an haughty spirit before a fall" (Proverbs 16:18). One of the many lessons that my parents instilled in me from childhood was to remain humble. I was always taught that nothing I had done or accomplished was by my own merit. It was the favor of God on my life that presented me with these opportunities and God-given talent that allowed me to take advantage of them. I have been blessed to earn a Bachelor's degree (University of Southern Mississippi) without paying a dime, travel the country, meet celebrities, attend of the most prestigious universities in the nation (Vanderbilt University), and have my name known by people in places I have never been because of talents that God entrusted me with. Through it all I remain humble. I have encountered situations that remind me that my accomplishments are not of my own doing. There have been occasions where I have planned things out to the "T" and everything still fell apart. In contrast, there have also been times when I could see no reasonable solution to my problem but "just in the nick of time" one presented itself. St Augustine defines pride as "the love of one's own excellence." A perfect example of this is Sadaam Hussein. He spent much of his lifetime building Iraq and accumulating a fortune through his is own efforts, greed and PRIDE. His palace was one of the most beautiful and lavish throughout the world. He lived a dream. The same PRIDE also led to his eventual demise. When inspectors from the United Nations requested to search for weapons of mass destruction his PRIDE caused him to show resistance. In just a few days he had lost everything he had spent his entire life working for and was eventually sentenced to death. The worst part of it all was the fact that there were no weapons found. It was truly his PRIDE that caused him to act in such an arrogant and boastful manner. PRIDE will also keep us from receiving our blessing. We can at times feel that was is required of us is "beneath us." The story of Naaman in the Bible illustrates the point of almost missing a blessing because of PRIDE. Naaman was the most highly touted general in the army of King Aram and had command over the Syrian Army. But, he also had a problem- he suffered from leprosy. God touched the prophet Elisha's heart and led him to call for Naaman to visit him. When Naaman arrived Elisha only sent a messenger outside to instruct Naaman to "Go and wash in the Jordan seven times, and your flesh shall be restored to you and you shall be clean" (II Kings 5:10). At this point Naaman allowed his PRIDE to take control and was furious that Elisha had not even shown him enough respect to come out to meet him personally. He felt that a man of his rank should have been given a dignified greeting so he became furious and left. Not to mention the fact that the Jordan River was not the clear, blue, see-through stream that comes to mind. It was muddy and disgusting. PRIDEFUL arrogance almost caused him to give up on being healed until, "his servants came near, and spake unto him, and said, my father, [if] the prophet had bid thee [do some] great thing, wouldest thou not have done [it]?....." (II Kings 5:13). It took his servants' love and concern to allow him to realize that he was about to forfeit his healing because of his PRIDE. We shouldn't let PRIDE and arrogance cause us to miss out on what God has in store for us. We only hinder ourselves. We must learn to thank God for our blessings and stand by his word because PRIDE cometh before the fall.
Posted by Unknown No comments: