Be Ready AND Willing to Obey 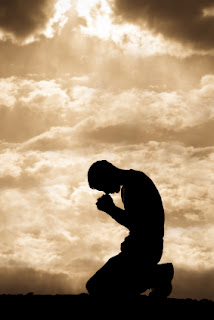 An accomplishment must first begin in each of our minds. We must be able to see ourselves reaching our goal before we ever put the plan into action. Once we have visualized it, then, we must start making preparations for our journey. Success can only be attained when opportunity meets preparation. In other words we must be READY. This is why it is imperative that we take the time to count up the costs and pay it in full. If our dream does not include the work required, then it is merely a fantasy. Many of us have missed opportunities of a lifetime simply because we were not ready when they presented themselves. Procrastination is our worst enemy. Proverbs 3:28 tells us "Say not unto your neighbor, go, and come again, and to morrow I will give; when you have it by you." I have implemented a 2-minute rule in my day-to-day life. I never put off anything that takes 2 minutes or less to complete. I have been amazed at the things I have been able to get done 2 minutes at a time. We must also be WILLING to go as far as it may take and sacrifice whatever it may require in order to bring our dreams into fruition. Coach Fedora always makes the statement that "Everyone wants to be successful, but few are willing to do what it takes." The purpose has to worthy of working towards and fighting for. Nehemiah in the Bible had the will to rebuild the Wall of Jerusalem and was willing to fight any opposition who came against him and his people. In the 4th chapter and 14th-18th verses he speaks of inspiring his people to remember the Lord and be not afraid, but be willing to fight for what was rightfully theirs. From that point on half of the men worked while the other half stayed on guard, ready to defend the Wall. And even those who worked kept their weapons with them. We must lastly OBEY our calling. We all have been placed on this Earth for a purpose. God has predestined everyone of us just as He did Jeremiah, but everyone's destination is not the same. I've often wondered how people can be close for so many years but eventually drift apart. I now understand that the path chosen for each one of us is different. Sometimes it takes being willing to leave everyone and everything behind just as Abraham did and obey the calling on our lives. We must Ready AND Willing to Obey.
Posted by Unknown No comments:

Whose Blood Is On Your Hands? 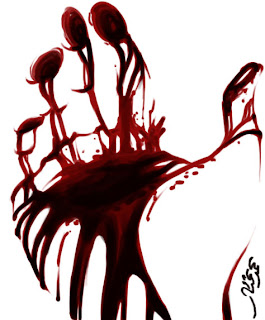 We never really know who all is watching us and whose lives we are influencing. Most of the people that we think are taking notice are not; it is generally the ones that we least expect who are following our lead. Everyone is a role model. Whether the model is good or bad solely depends on our actions. Being a positive role model is a responsibility that most people shun, but it is one of the simplest things to do. It only requires doing what we know is right. In Matthew 27:24 "When (Pontius) Pilate saw that he could gain nothing, but that rather a tumult was made, he took water, and washed his hands before the multitude, saying, I am innocent of the blood of this just person: see you to it." Pontius Pilate knew that the charges brought against Jesus were false and did not warrant the punishment the multitude demanded. Because he was not influenced by the angry crowd, he instead acknowledged the innocence of Jesus and took no part in the mistreatment. Our actions, good or bad, influence the life of someone else. In many families we see certain cycles that are passed down from generation to generation. In homes where young men and women grow up watching their parents bring partners in and out of their lives or seeing loved ones abused verbally, physically, or sexually; they are affected, even into adulthood. In many instances these kids grow up mimicking this behavior because it is all they know. When their role models fail to set positive examples, it consequently leads to them falling into the same lifestyle. On the other hand, a positive influence leaves a lasting impression as well. Being in an environment filled with love and compassion for one another helps instill that mindset. It then becomes a way of life. We must learn to use our influence to make positive impressions on the lives of others. Doing what we know to be right not only makes an impression on others, but it also enhances our quality of living. We avoid certain situations that may render less than favorable consequences. We all have people who look to us as a source of encouragement. They see the circumstances that we face but pay more attention to our persistence. It encourages them to fight through the adversity that they are facing. It gives them hope to see someone else conquer their opposition. If we give up we not only fail in our situations, but we may also cause those watching to lose faith in their vision as well. Since we are all role models, let us be positive ones because we never know WHOSE BLOOD IS ON OUR HANDS.
Posted by Unknown No comments: